MarJean Tippetts was raised a member of the Church of Jesus Christ of Latter Day Saints, until that fateful day when, as an eleven-year-old child, her parents moved to Mexico to join the Church of the Firstborn of the Fullness of Times, a violent polygamist church, led by cult leaders Ervil and Joel LeBaron. Upon arriving in the colony as an older child she was promptly primed to marry. At fifteen, she became the fourth wife of a man older than her father. In Finding My Way Home, MarJean tells of her story raising six kids, her dangerous journey and the many miracles surrounding her as she escapes the cult to return to her Latter-Day Saint roots.

Marjean Tippetts resides in Arizona, with her daughter, and within minutes from her other two daughters and two surviving sons. 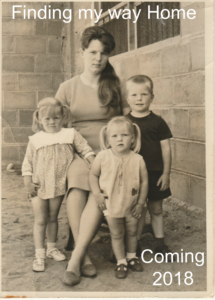