After MarJean turned twelve there weren’t many birthday celebrations and if there was they were very simple. Maybe a simple cake and a small needed item as a gift. Early in the year, MarJean had started talking about how she would like her funeral to have family members celebrating and showcasing their talent.

Remembering that MarJean hadn’t really had a birthday since she was a child we decided it would be an excellent excuse for the family to perform while she is alive.  We decided we would throw her a mock 16th birthday and have everyone showcase their talents at it. Celebrate instead of wait.

The day of the party MarJean had not been feeling well and had been in bed but her daughter, Lisa said that Karie’s computer wasn’t working so she was at the church library scanning pictures and needed her to identify some of the pictures to use in her book asap.

MarJean thought better about it knowing they were going to the church so she decided to change. Lisa led her into a darkened gym in the church where she could see people all on one side of the room all quiet and waiting for someone.  A family member happened to notice and inform the family to turn around where we all yelled “Surprise.” It took MarJean a minute to realize the surprise was for her. The surprise was actually on us and her as she had come in the wrong way. But that’s the way we roll. 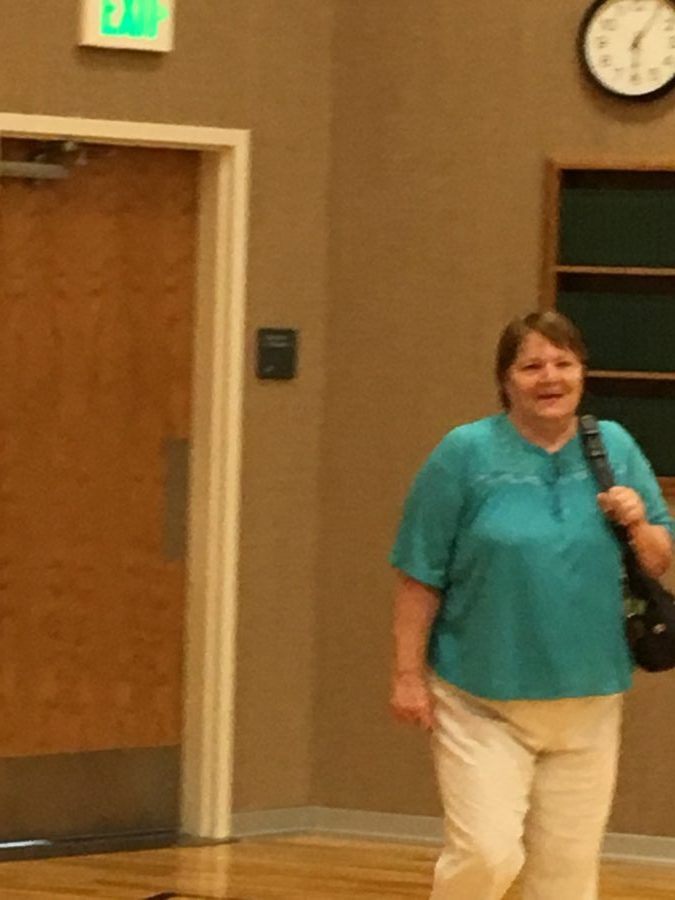 The family dressed as if in the 50’s and decorated the room to try to simulate what MarJeans 16th birthday may have been like if she had been an average sixteen-year-old growing up in the average American home. 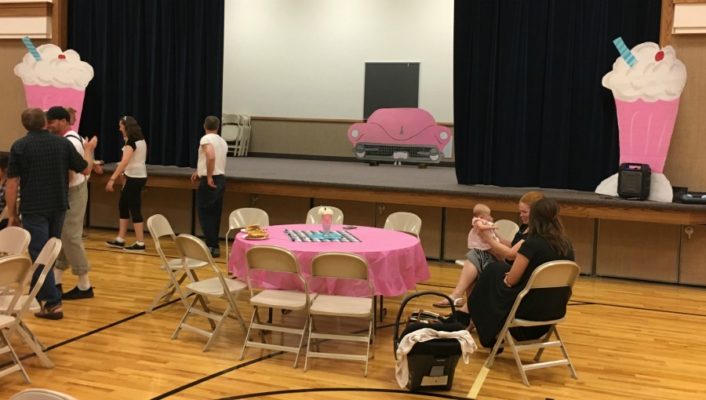 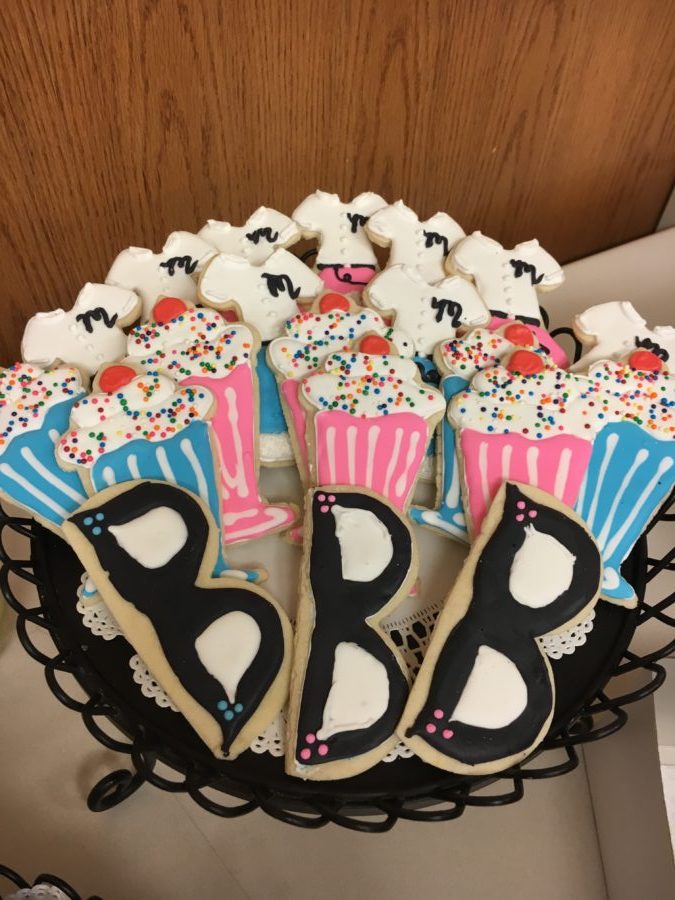 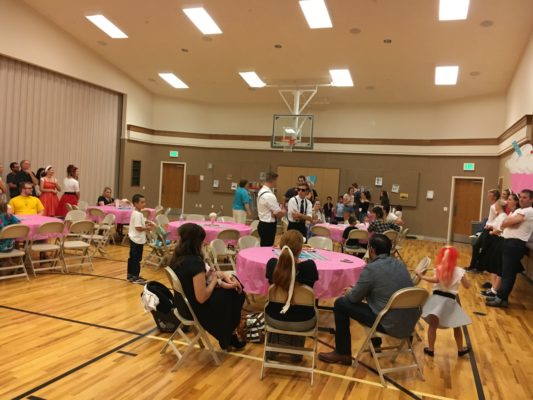 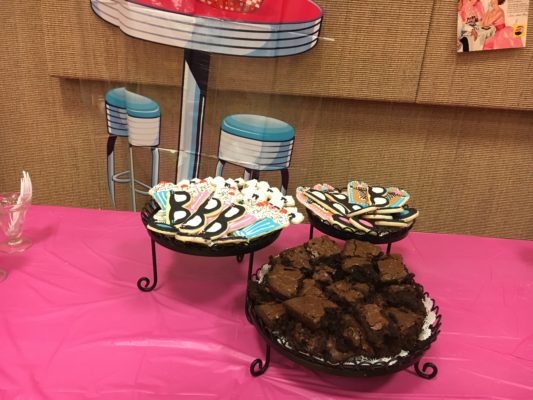 We played all the hits of the 50’s with Elvis Presley, Jerry Lee Lewis, Johnny B Good, the hand jiving and all the old time greats.

Here MarJean dancing with a grandson. 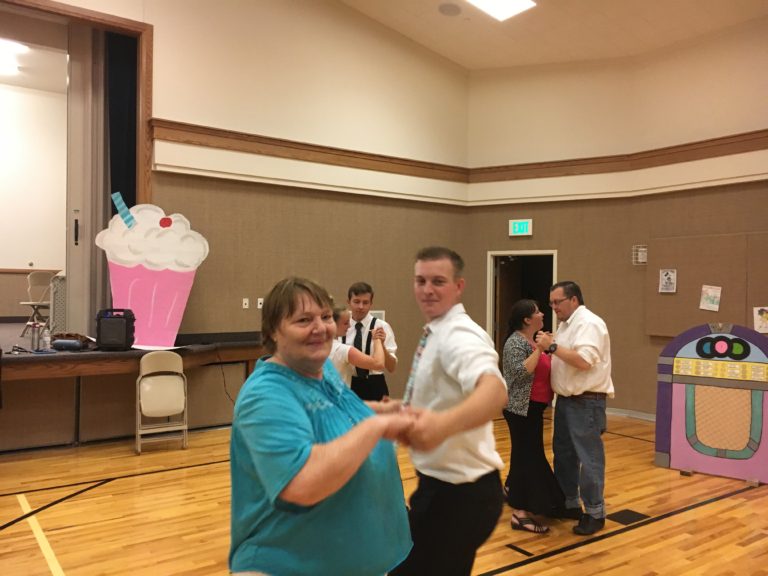 We put together a photo booth. Which was real fun to see the kids play around with different poses. 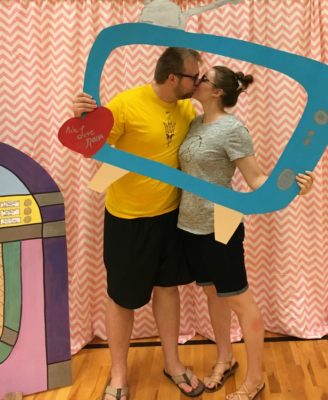 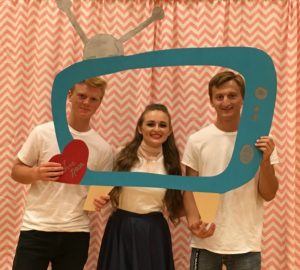 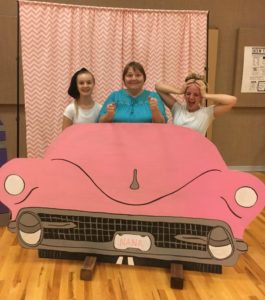 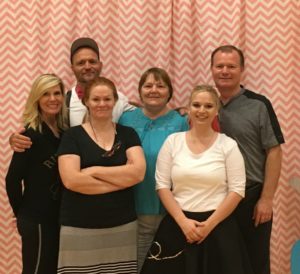 The grandkids sang happy birthday to MarJean and then a few shared their talents with tumbling, dancing, and singing. 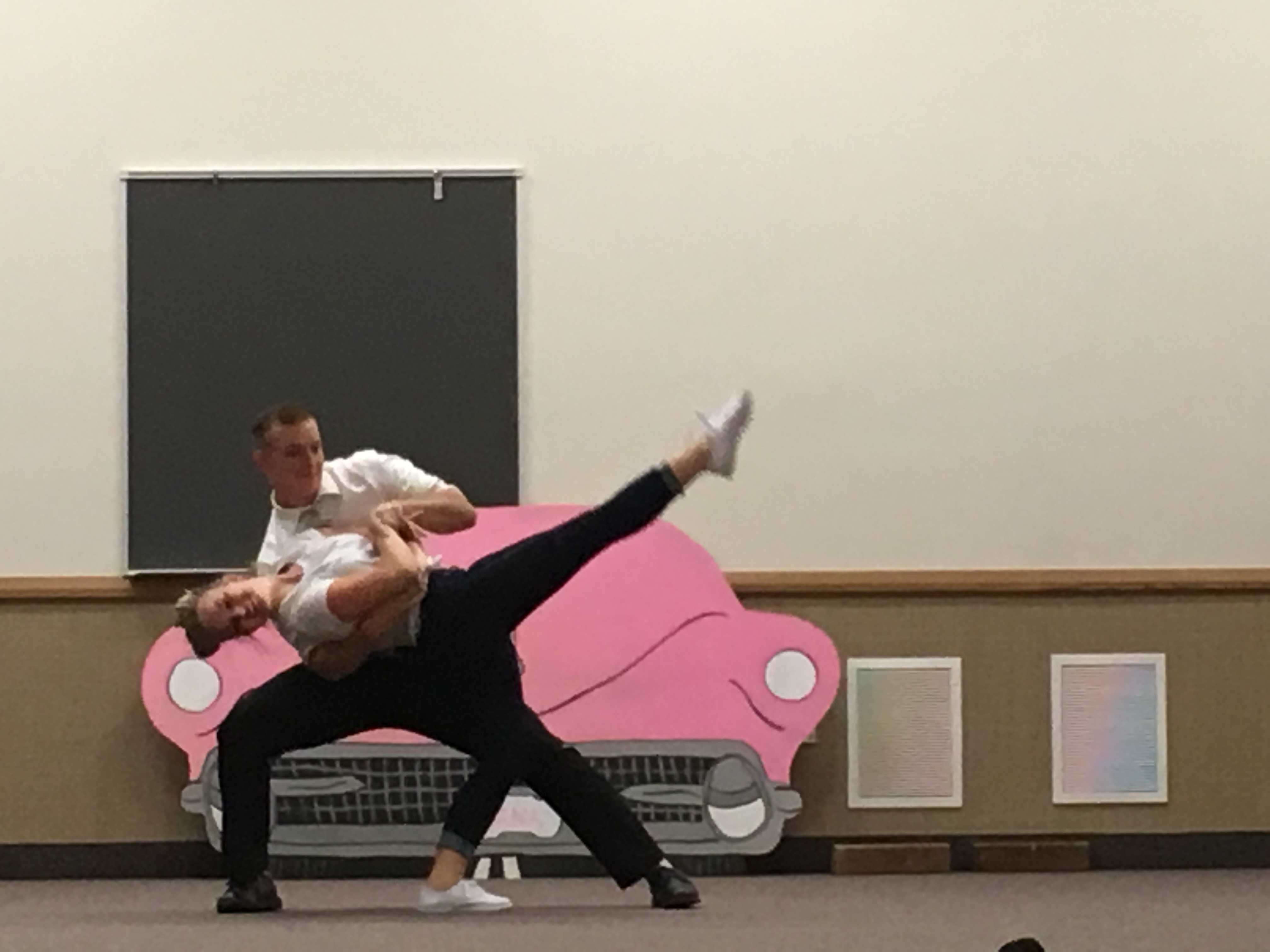 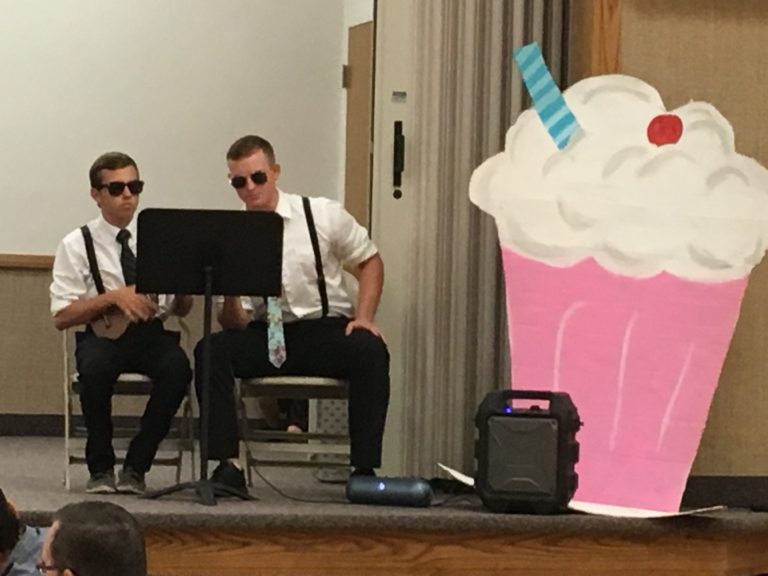 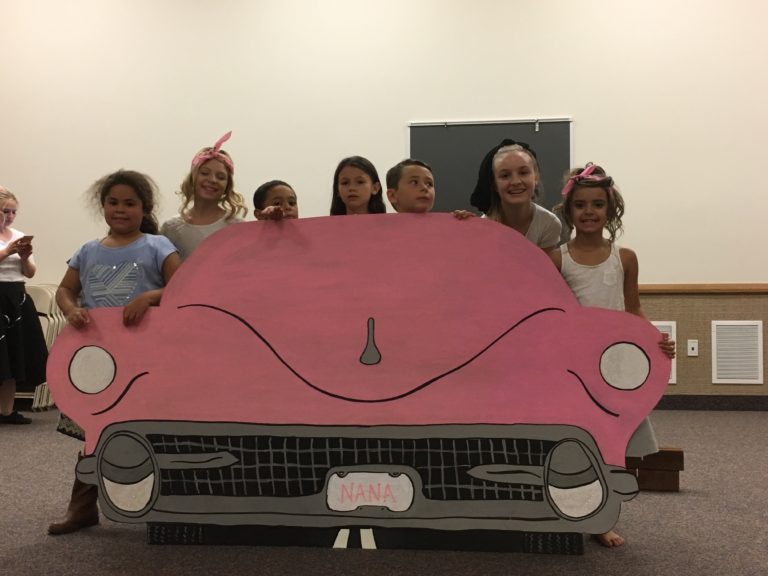 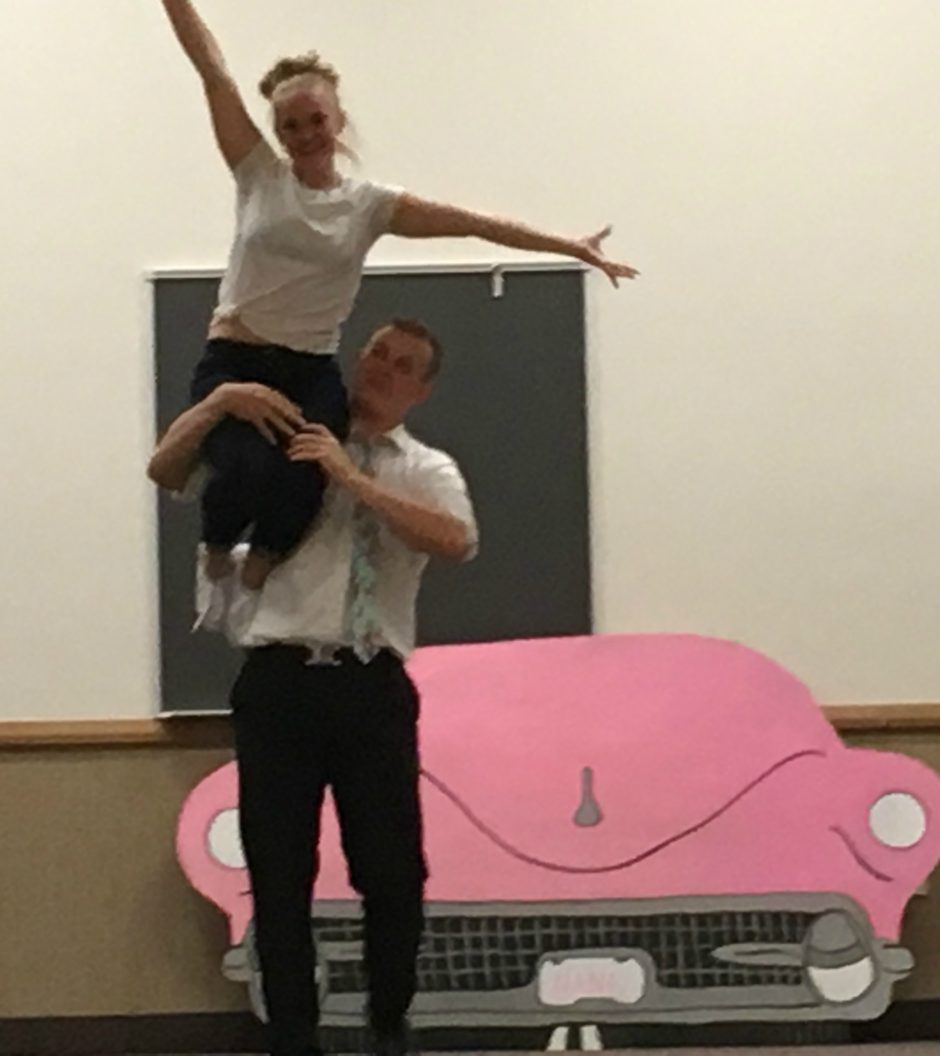 It was a great night of celebrating. It’s always a joy when family get’s together and enjoys each other. 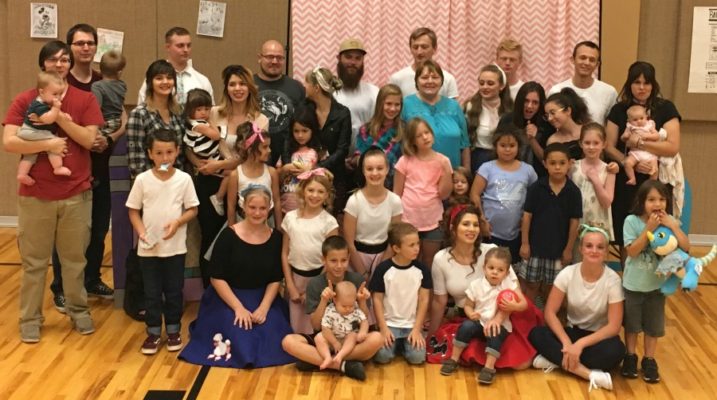 You know how hard it is to take a picture of the family? Well, it’s really hard but so worth it!

This is not even half! 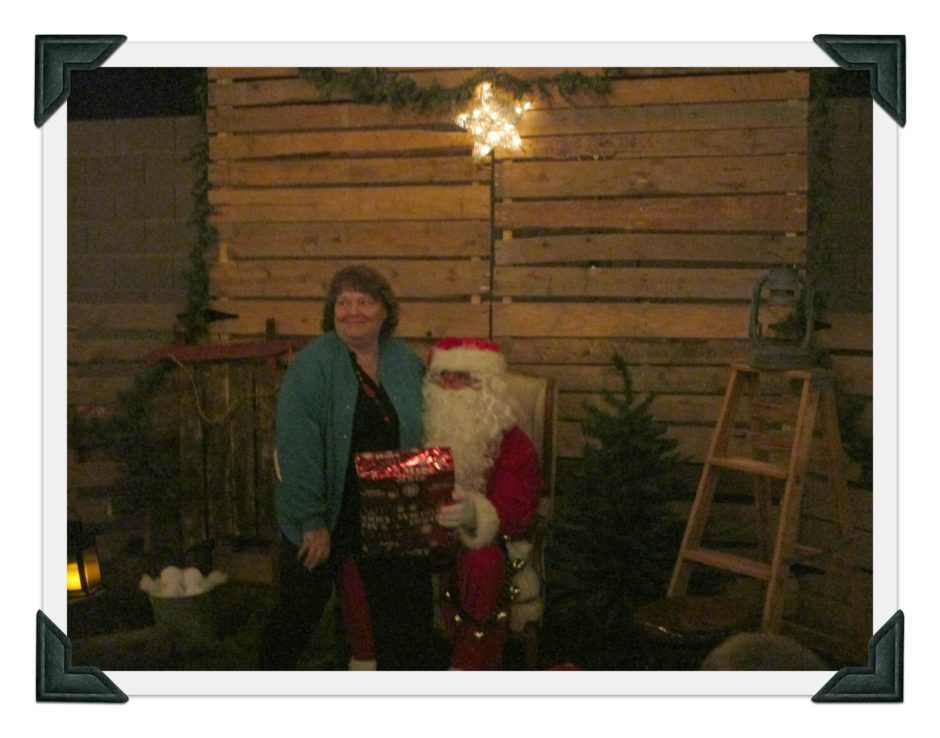 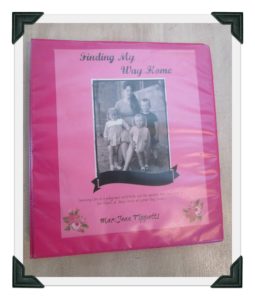 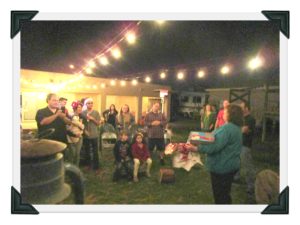