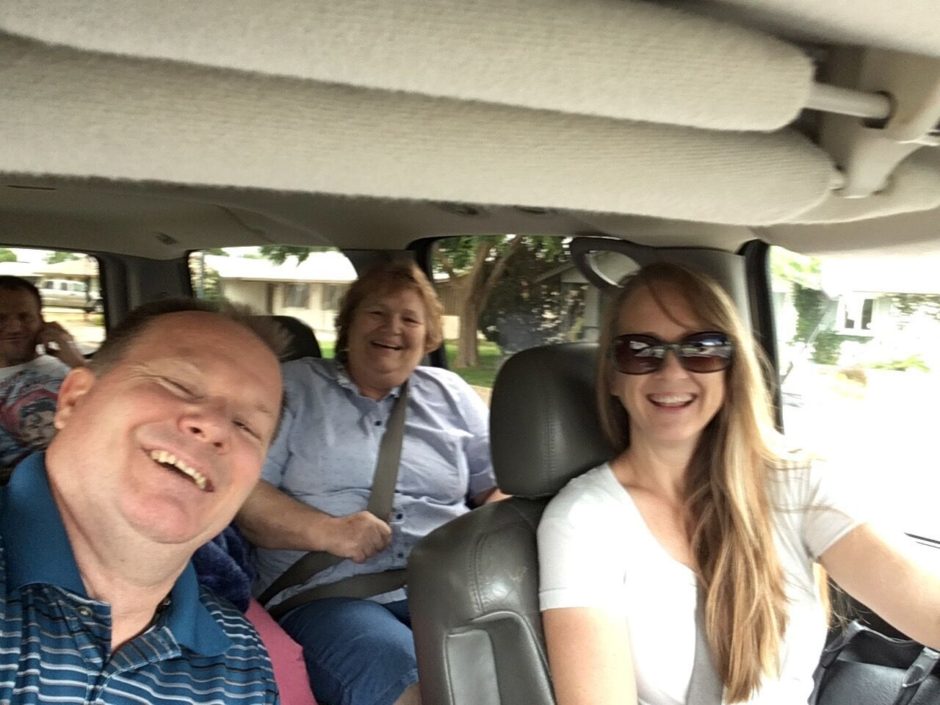 As a child, we traveled days to reach the LeBaron Ranch.  It was in the middle of Chihuahua Mexico. The vast desert was filled with dirt and cactus, hardly cars or any sign of life.

The ranch was nothing but a mere field of the uncleared desert, with a few areas that had freshly planted pecan trees and a few other fruit-bearing trees.

The house we drove up to if you could call it that, consisted of one room made of adobe. Other homes of similar fashion were randomly placed throughout the baron desert field. All homes lacked water and electricity.

When I first laid eyes on the place it was a shock to see and I could hardly believe that my parents made us leave our beautiful home in Utah that had all the modern conveniences and uproot the family for this! I had no clue it was all in order to live plural marriage and to join the LeBarons church, The Church of the Firstborn, the Fullness of Times.

Fifty plus years later after I was able to get away from it all me and my daughter in law, Karie was working on my book. I was trying to describe some things and she kept asking questions about details. It dawned on me that it was only a nine-hour drive and we should have her see the details instead of me describing them.  My oldest son, Phil, was born there as well and he might like to see where he was born. As we talked about it more we thought it might be very healing for me to visit the past where it all began, by making a visit to the LeBaron ranch on my own accord. My choice, not my parents!

So, two of my sons, my daughter in law and I made the nine-hour trip.  I was suspenseful and anxious as I still did not really know what I might be going into.  However, this time when I first laid eyes on Colonia LeBaron I could hardly believe my eyes. The ranch now was full of large stature full grown pecan groves and orchards. That desert that I had helped pioneer had grown from the desolate desert to a lush valley of green beauty.

The last few years I lived in LeBaron we had the luxury of electricity from a generator power the town from dark until 10 p.m. Now there is modern plumbing and electricity at all times. There were beautiful homes, even small little mansions on the hills and gracing the surrounding small mountains.

Memories flooded and I was nervous not from fear I knew the people that were Joel’s followers that were there were a peace-loving people and that Ervils people had been long gone. My niece, Dana, who was Joel LeBarons daughter (the original prophet of the LeBarons group) had gone down several times for the yearly carnival and to visit her other siblings, so I knew we should be safe.

We stayed at the El Viejo Rey Inn.  We arrived at the hotel at night and the lights went out so it brought back a flood of memories. Luckily we came prepared with our flashlights and went down to the desk and asked if the lights still went out at 10 p.m. every night. Luckily it was just a coincidence and they came back on fairly quickly.

There was a small restaurant in the Inn where the food was amazing and everything was freshly made on the spot.

I couldn’t wait until morning to see what else LeBaron had in store for me and to find my childhood friends and my sister. So far I had felt like it had been a good decision to come back and do some healing here.

Read more about our visit